I’ve said it elsewhere, but Merry Christmas everyone! We’re working hard to end this year on a good note and that does involve getting a relatively presentable build of lazer out to the wider public. A few days left so we are hard at work polishing what we have! You can already start following our progress starting with today’s release (although do note that repeat sliders are a bit bugged; will be fixed tomorrow).

The notification overlay used to pop out every time a new notification arrived. Now it has a badge showing pending (unread) notifications instead, meaning the end user is no longer rudely interrupted.

Add a dialog offering to import beatmaps from stable #1749 (peppy)

A lot of people couldn’t seem to find the button in settings to import their beatmaps, so I went one step further to make importing your existing library more accessible. This dialog will appear at song select if you have no beatmaps loaded (and an osu-stable installation is found on your PC).

Until now, only the settings overlay has been able to push the background game content behind it. This always felt awkward, but will no more! Both overlays are now equal in their pushing abilities.

Nothing really note-worthy in framework this time, but some good solid changes as follow:

You can now use Ctrl-F to search for a specific visual test, Ctrl-H to hide the test listing and Ctrl+R to re-run tests. The little things matter!

We recently discovered a long-standing bug in the profile rank counts (SS/S/A) so rewrote the maintenance script on the new web system. There are a few reports of incorrect counts still, so consider this an ongoing effort.

This also improves performance on the new web profile pages, which were previously dynamically calculating these counts every page load(!). 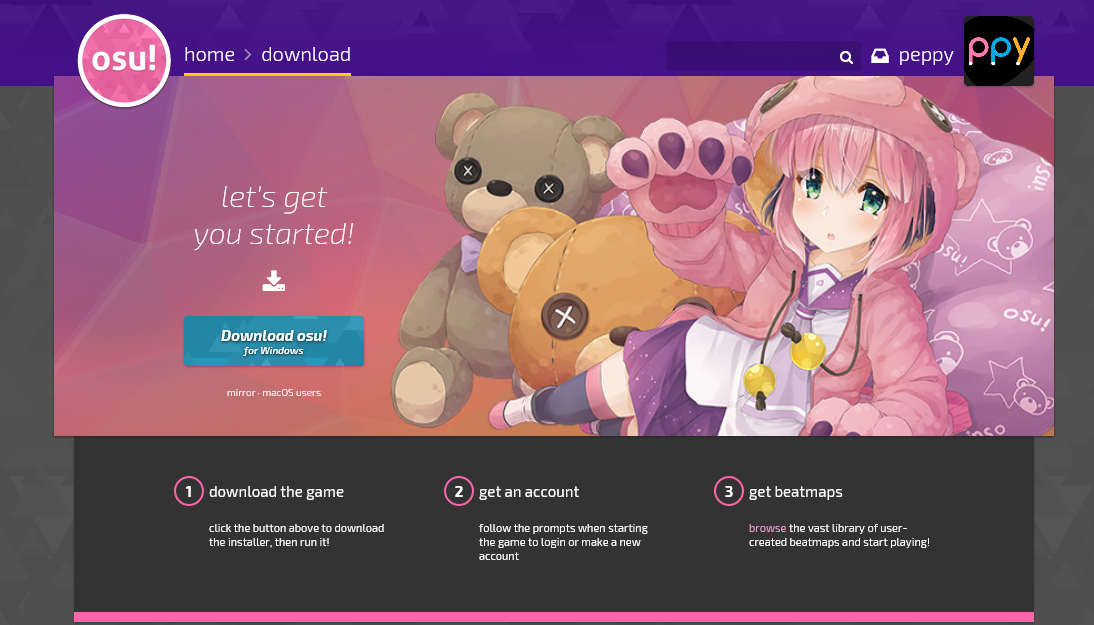 A new less cringe download page is now availble on the new web. One step closer to pushing it live!

We are listening to your feedback on the dev discord!

This week we will be addressing these two issues as top priority, as they seem to affect the most people. Make your voice heard on the discord. We are especially interested in hearing from mappers (but also modders, of course).