I recently switched from a MacBook Air 11” (2013) to the new Surface Book (base specs). My reasoning was to extend my battery life while on the move, as the air was only netting me around 6 hours on Windows. The air did of course fare better on OS X (7-8 hours) but I would find myself in Remote Desktop all day long as I generally use windows exclusively these days for development. 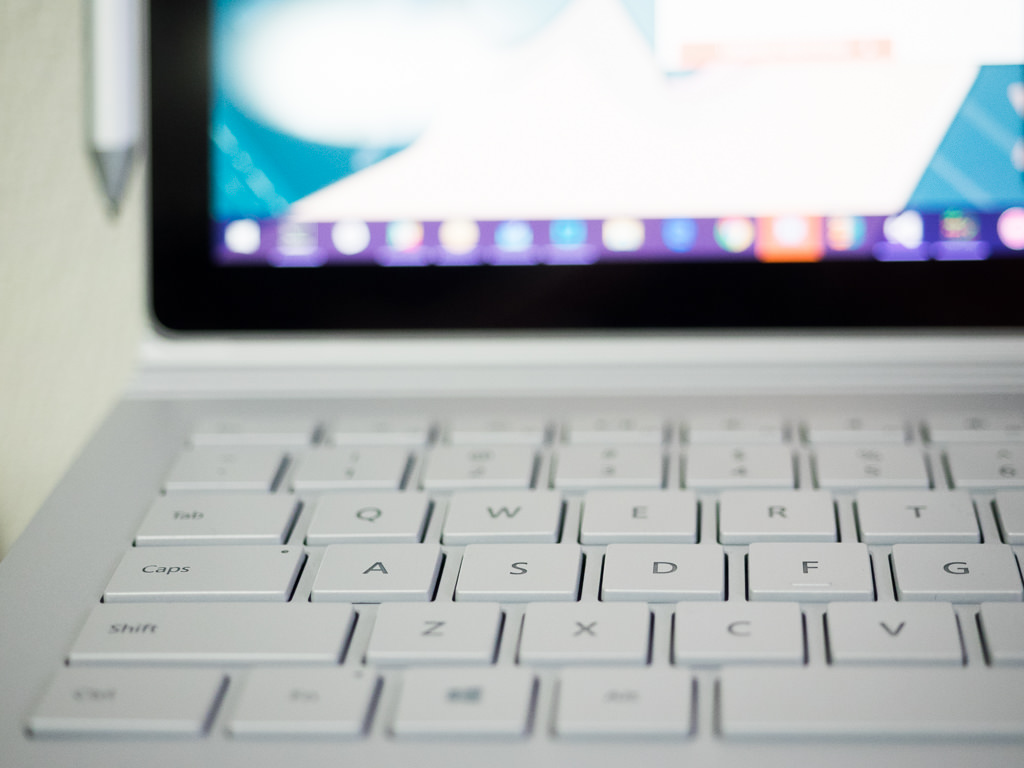 The hardware is quite nice overall. I have some issues with quality control, but I’ll save that for another more general post. I’m making this entry specifically to touch on battery life, as I have put in a fair amount of time and research in to getting my setup perfect and thought it would be a waste not to summarise and share it. There seems to be a bit of false information out there on how good/bad the Surface Book battery life is - especially due to early reviews using different hardware from the final specs. Time to try and help clear things up. 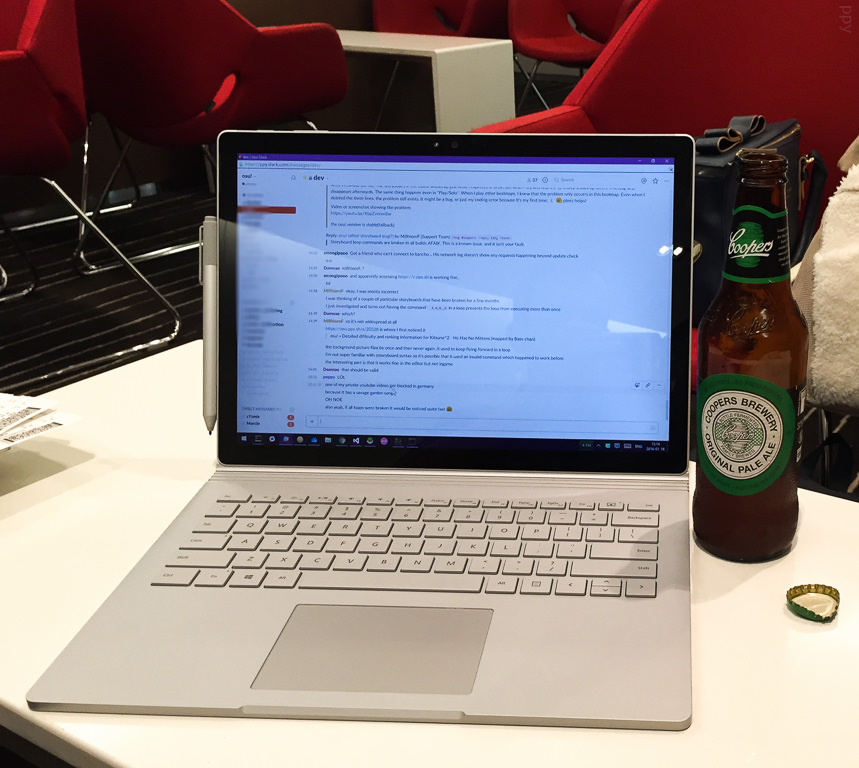 I get between 9 and 14 hours on battery, depending on what I’m doing. If I was to leave the PC idle (wifi connected, 50% brightness) I can get 18 hours. I use connected standby and the Surface Book consumes around 0.9-1% per hour sleeping. These numbers are well within my expectations. That said, in order to achieve such battery life, you do need to be aware of a few basic points:

Update: As of the release of the February 17th Firmware updates, Hyper-V is no longer required for Connected Standby!

As of January 2016, in order to make connected standby actually enter low power states, you have to install the optional Hyper-V components. The reasoning behind this is yet unknown, but it’s the difference between 2800mW/h and 680mW/h usage when sleeping. Note that having wifi on or off does not seem to affect drain rate significantly.

In order to check that your system is correctly entering Connected Standby low power states, you can use the powercfg command. 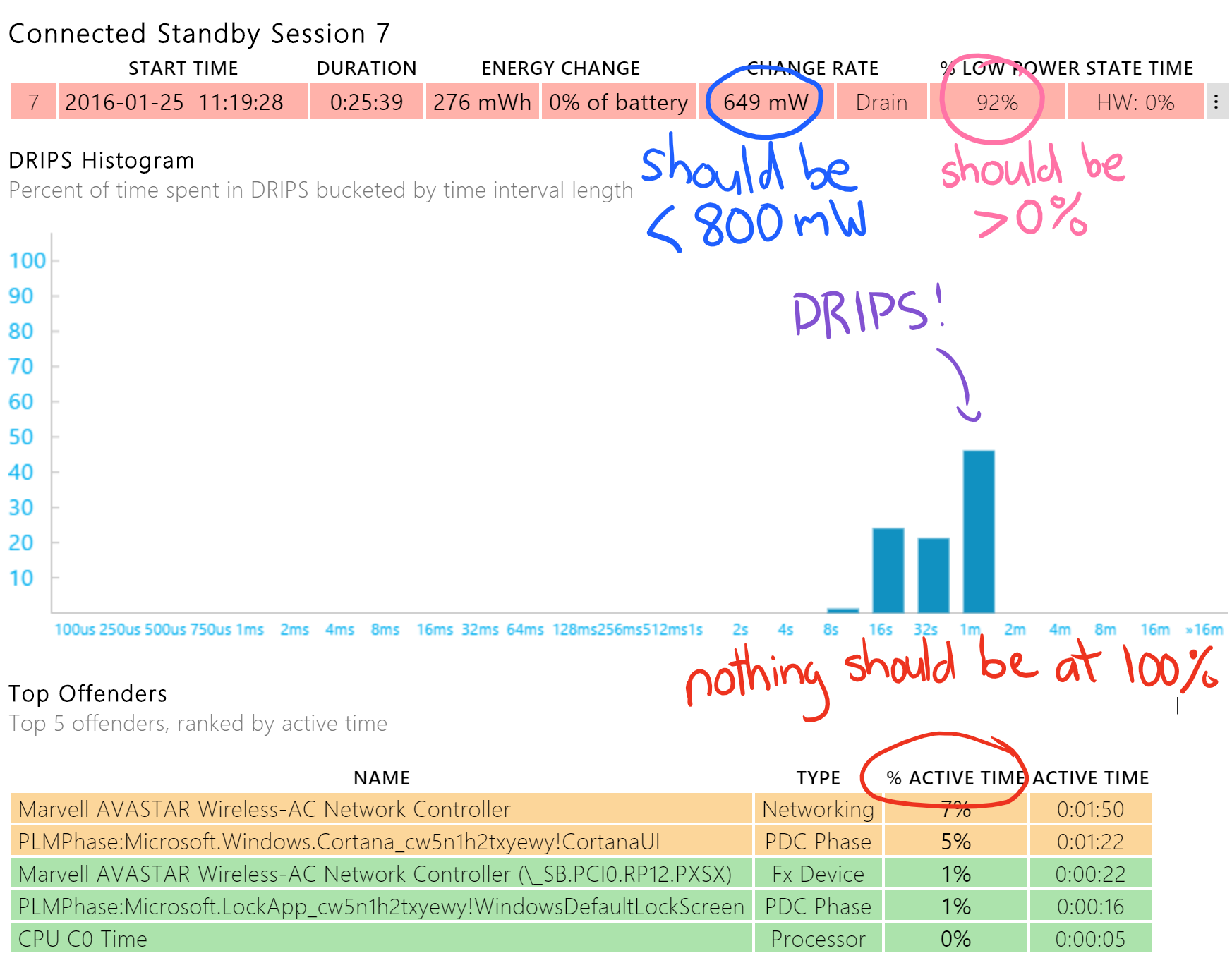 For those wondering what it looks like when CS isn’t working correctly, here’s an example.

Inhibit Turbo Boost while on battery

I recommend disabling turbo boost while on battery by setting the maximum processor state to 99% in your power profile. While this will reduce the performance of some burst tasks, it will also limit the degree that run-away processes using high CPU for their lifetime can affect battery life, which can be a huge gain.

In order to change the processor state, you will need to alter your registry as it is hidden by default. Here’s a reg file that will do it for you (open it in a text editor if you’d rather make the change manually). 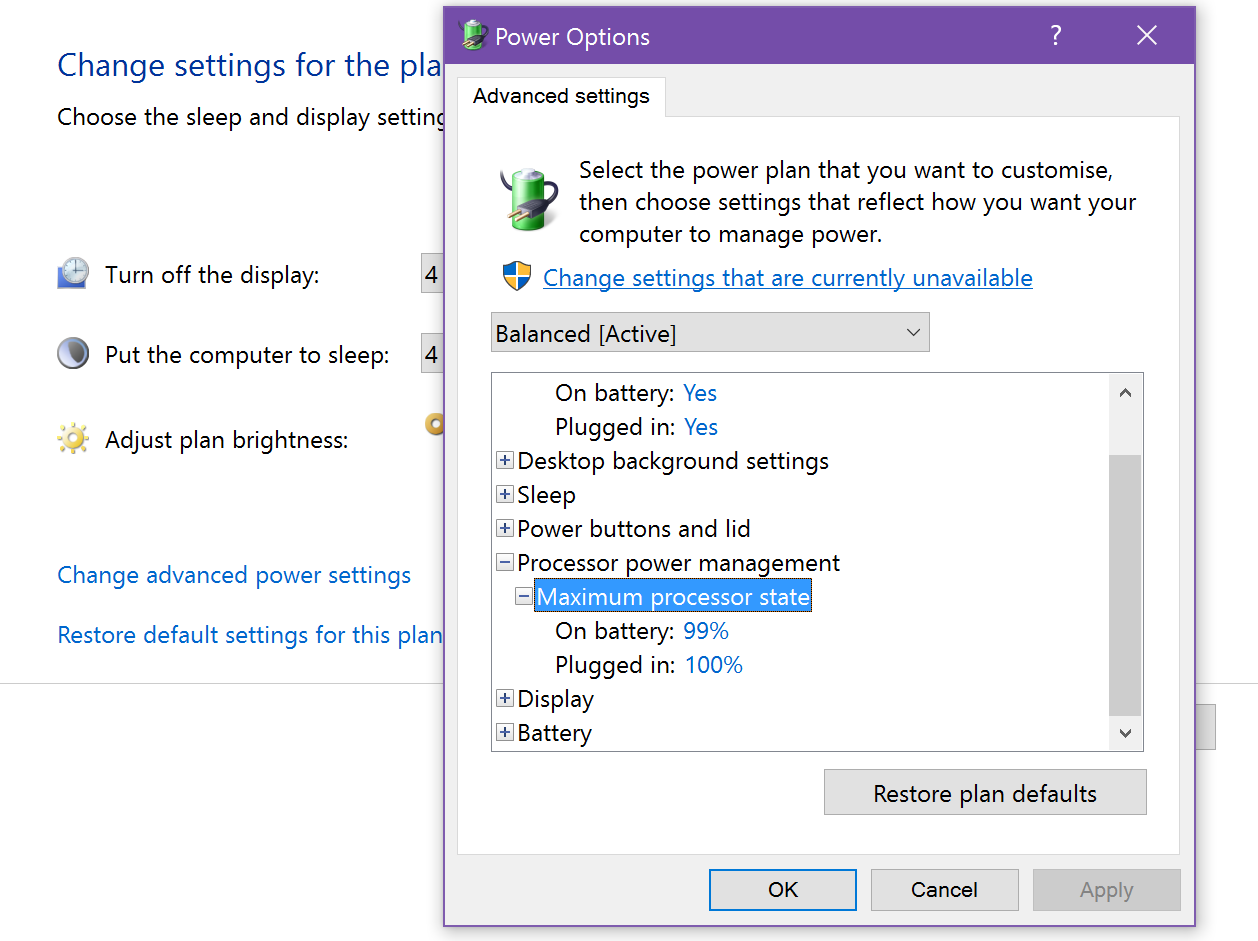 As a note, it is possible that for some workflows this will not be beneficial. Turbo Boost is implemented to be quite efficient, so you may want to consider not adjusting these settings if you are getting already getting ample battery life without overriding the defaults.

If you’re worried about background processes, power saver can help alleviate the load, but it is limited to certain services such as Windows Update. No harm in leaving it permanently on, though.

I use Rainmeter to watch over my CPU, as it gives me a quick glance of the processes using the most CPU time.

Keep display brightness at 50% or less. Anything higher increases battery usage quite exponentially. I’d recommend turning off adaptive brightness and just adjusting yourself as you see fit.

On top of this, I highly recommend an app like BatteryBar Pro (the free ‘basic’ version is fine) to watch your actual energy consumption. You don’t need to constantly be watching, but at least spend a few sessions understanding which of your tasks are using more power than others.

Advanced users may want to consider undervolting using Intel XTU, but I’m not going to go over that here as it requires special care with connected standby else your system will crash. I do run at -82mV and can attest that it reduces heat output significantly, but doesn’t really affect battery life in a meaningful way.

While you can achieve high battery life with the SB, the out-of-box experience is absolutely horrible. Microsoft do still have some work to do:

Can I recommend this thing? I’m honestly not sure yet. I have a few other issues I haven’t mentioned here such as paint being scratched off the hinge, fan noise and speaker issues which I’m happy to live with but deserve consideration before making a purchase (these seem like quite common issues, looking around). I’ll write those up another time if I find time :). 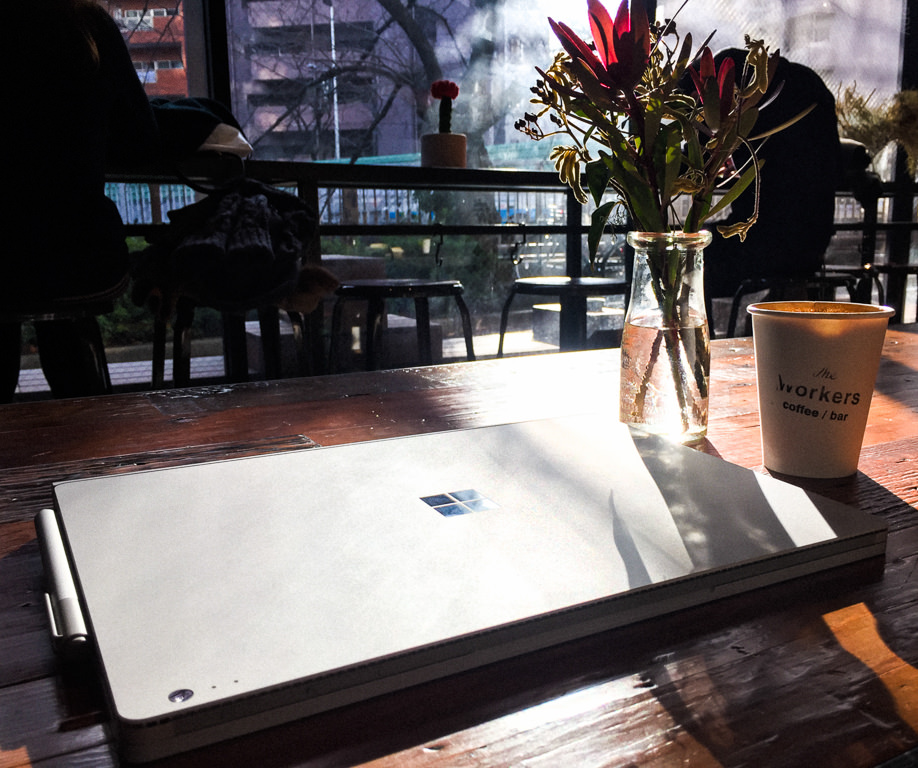