Hi again! Ephemeral here, back again with more delicious development developments this month following from our promise in March to make these meetings a more regular thing. There’s some exciting stuff on the horizon, and our summary for this month will only cover a little bit of what’s actually going on behind the scenes.

This time, our conversation was held in voice over text - this meant that a lot more got discussed. That being said, there is a lot more to go through this time around, so let’s get stuck into it: 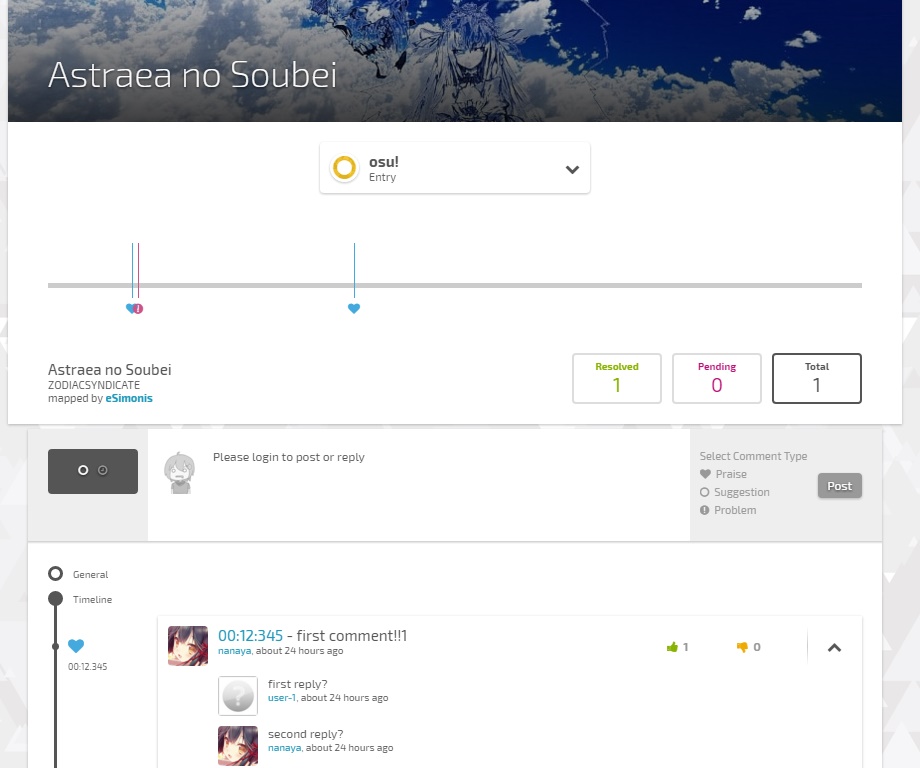 On the community front, more effort is going to be made to bolster the comparatively small sizes of the non-standard gamemode teams - particularly osu!mania. The team formerly known as the “Ranking Criteria Council” has also been put to work facilitating discussion in the Ranking Criteria subforum as per their new role. They’ve still not decided on a name for themselves, so I’ve decided to officially dub them the Criteria Friends until they manage to think of one. We also hope to hold up the great work of various members of the community who write guides detailing the sometimes complex ways that osu! operates as a whole by making their work far more visible than before, possibly featuring them in a new portal on the wiki, as well as some way of giving them proper attribution and credit for their work. As you can tell, it’s been a pretty hectic month, and they’re only going to get more packed as we start moving towards osu!next in the coming months. If there was ever a time to get excited about the future of osu!, now is probably it.

On that note, that’s about all for now. See you next month!