It’s been a while since I’ve posted, but trust me that it is for the best! The progress we’ve been making recently has been amazing, and I am very excited for the future! Let me bring you all up-to-date with what has been going on behind the scenes.

The lazer build has been my number one focus over the last few weeks, diverting my attention from everyday operations to actually writing code. I’ve been changing upwards of 2,000 lines of code a day (consider that the whole osu! project is only 72,000 LoC) in order to bring osu! into a state which prepares it for the future.

We’ve made some huge advances in technology and infrastructure of the client which are absolutely necessary as a solid base for the features we plan to implement going forward. Just to give you an idea of the things I’ve been working on: 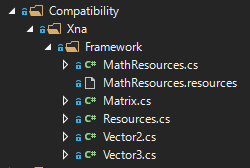 I was hoping to open-source the project last week, but in the process of doing so I came across a lot of very old code which should not be seen by anyone. I’m therefore delaying the open-sourcing until I can first tidy things up a bit more. That said, read on for an opportunity to help out before we go open-source if that’s something you think you are capable of!

As you may have realised, the lazer project has increased in scope since I set out. What was originally supposed to be a 2-3 month project which would be released to cutting-edge (and subsequently as a stable release) is now turning in to closer to a full rewrite of the game. This is not a bad thing in my eyes, but it will affect the update schedule of osu!. You won’t be seeing any large updates to the stable branch (bug fixes being the exception) because it would mean implementing things twice - which we definitely want to avoid!

That said, osu!next (the design concept) is no longer a dream but a reality that is starting to piece together!

In my continuing effort to make osu! as close to 100% transparency as possible, we’ve moved all development efforts out of the private/public slack networks and into a new public discord network. I hope this will eventually lead to more collaboration from outside the team, but for the time being it lets anyone who wishes to oversee our development efforts in real-time.

If you are interested in helping out with the lazer project, make sure to let us know. We are accepting private contributors to the project on request, so come in to #osu-lazer and let us know your qualifications and github username if interested.

If you haven’t yet joined us and this kind of thing interest you, please use this invite! Make sure you hang around until you have been verified or you will automatically leave the network.