I’m out of office but still working on-the-go this week. Will try to keep up the posting as I go. Here’s some questions I answered but never got around to posting on the weekend!

@ppy If I were to go to Japan would I be allowed to meet you sometime or do you strictly differentiate between virtuality and reality? –WiiPlayer2

I’m always happy to catch up with osu! players! Give me a yell on twitter if you are visiting Tokyo and we’ll sort things out :).

@ppy why pp arent always proportional with the stars difficulty? Also are you proud of how became the osu (throught community) ? –MrDestla

That is a question best for Tom. As far as I’m concerned they should be in parity, but this doesn’t account for the drop-off when you don’t get 100% accuracy.

@ppy What do you think was the hardest thing to add in to the game? –JH23_PL

Was, or is? Honestly, the hardest things to implement are those that require consideration of migrations (features where we need to allow for upgrade paths). For instance, osz2 (the new file format which is still only used in beatmap submission) or huge build changes (.NET 2 -> 4, Direct X to OpenGl etc.).

So basically we’re currently at the pinnacle of difficult implementations! It should get easier from here.

@ppy what kinds of features will be implemented along with the teams? –_iDunno

We’ve given a few sneak peaks of what to expect on osu!next and also on the osu!talk episodes with flyte and myself, so I’m not sure I have anything extra to tell you! The basic idea is to make teams fit a very broad scope, so groups can use them for competitive play or just for getting together and having fun.

@ppy my cursor keeps derping out and going all over the place whenever i play osu! it works fine on any other game/in general. your input? –batmanjammies

Try Raw Input, and play with the sensitivity settings. It may be that you are just doing more drastic movements in osu! when compared to other games, and your sensor can’t keep up, so please try the same movements in windows to make sure it’s not a hardware limitation.

@ppy Any osu! player already recognised you in the streets? If yes how was that moment? –italobechepeche

Has not happened yet.. although I have had people stalk my twitter and join meet-ups with other people unexpectedly.

@ppy When is the new osu! update coming? I REALLY wanna see it, just a demo or something pleeeaase –andr813c

It’s coming when it’s done. Honestly, we don’t even have a demo to show. Keep a watch on osu!next blog and my blog for the latest.

@ppy Are you familiar with the @handmade_hero project by @cmuratori? It is very inspiring and wondered if you had any thoughts? –cjwiet

I’m not… I’ll have to look into that!

@ppy Hello there! I just wanted to know something owo ! The limit of qualified maps is reseted every day at 18:00 ? It’s weird here o: –Secretpipe

At one point it was reset at a certain hour, but now it’s a rolling limit to make things fairer.

@ppy What program you use to record videos? –Repflez

ShareX with puush setup as a custom uploader. It’s great.

@ppy Is there any estimate on when the Linux version is gonna be worked on? –YaLTeRz

After OS X is out and stable we can consider that.

@ppy You think to implement a lan multiplayer option for osu? (Useful for osu! Partys with friends and more pc’s) –sebaex

While there won’t be an offline mode, I do plan on allowing local synchronisation for multiplayer games where all players are on the same local network.

I realise I didn’t post a Q&A post on the weekend. I will be doing some more Q&A from tomorrow to make up for it. Trust that if I miss a post it’s for the best; this weekend that just passed was a very productive one!

Let’s make this week a great one.

Hi there. I spend a good portion of today locking down the new slack team, as it got flooded with people that I didn’t want to be on there (some creating up to five accounts before I got to restricting access). You may say “You should have known better”, but it would seem I don’t think that far forward! It’s a trial and these things are bound come up; whether we can overcome them and achieve a stable environment will be the interesting part.

With that out of the way, let’s talk about my goal for this week: a public release. For those of you not on cutting-edge or beta, you have probably noticed the lack of any updates for 3 months, so it’s probably about time I directly address why it has been so long (and why I’m not going to be able to meet my goal for this week).

Most are aware of the switch to .NET 4 and OpenGL. While we have made amazing progress in compatibility and performance – most users are reporting amazingly better performance on cutting edge – there are still a number of issues to fix. Most of the remaining issues are experienced by only a handful of people, but when you extrapolate that to an audience of over one million players, there are bound to be many more casualties.

What kind of issues are left to be fixed? Here’s an incomplete list from the top of my mind:

Apart from this there are a lot of smaller regressions which I am happy to push live, but these few remaining compatibility problems are basically what’s holding things back. They may take quite some time to iron out, too, which is why I am changing my release strategy this time around.

Rather than waiting for everything to be resolved, I am planning an interim public release which has knowledge of the criteria which trigger broke behaviours, and will stop the user from receiving updates in these cases. Something like this was already used for the switch of cutting-edge to 4.0, so it’s not unfamiliar territory. Only through the magic of release streams can it be done with little effort.

So when will the next public release be, you ask? I hope to have it available in the next week. Three months is just too long.

Over the last year we have basically migrated all osu! administration and development communications to Slack. As it has proven astoundingly successful and is a tool we couldn’t live without, I’ve been considering how to expand our Slack usage to include a more wide audience. The next step starts today.

From today you can join us on a new public slack team I created specifically for the more open future of osu!. Internally we will still be using our private Slack team for more of the administration (and private development) side of things, but gradually I hope to make more of this transparent. Think of this as the first step of something larger.

A few things to note:

I will touch back on this subject as we figure out how it is going to work, but for now it’s a matter of getting relevant people in one place so we can better discuss the future :).

So I’d love to keep you updated with what I’m up to, but quite honestly it’s pretty boring. Basically getting things in place for the next public release, while working in parallel on the new graphics framework to make sure everything is working correctly (we are still having issues with spinners and other gameplay elements, which used to have some weird hacks to display disproportionate to the rest of gameplay objects).

I still have a nice collection of questions from you guys. Since you seem to like those, I’ll keep working through them this week!

If I told you this, it wouldn’t be a surprise, would it? To be honest, I’m not even sure what we are going to do. Usually we come up with something the week before, although I can tell you that the osu!coins one was something I had been wanting to do for years :).

Coo, the owl from Kirby’s Dreamland 2, right? With pleasure; I love that guy! 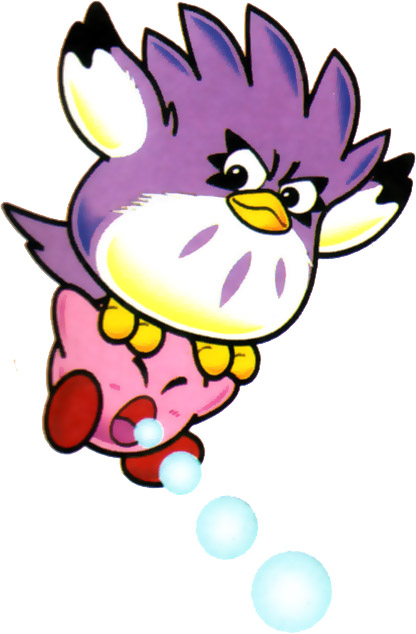 @ppy is there any chance of the ability to skip through replays to whatever time we choose in the future? Like revamping the replay viewer [–Crane](http://twitter.com/Crane/statuses/619373188594728960)

This is already kiiind of working, but the ability to reverse is still dodgy (especially on non-osu! modes). With the new graphics framework, we are heading one step in the right direction to fixing it, though!

@ppy Percentage of how close osu!next is to completion? –DeadloxxGT

@ppy Some time ago i heard something about you guys trying to fix the issue where if you beat an old score with worse acc you lose pp. Any updates on that? –tokiwalive

It’s still a priority, yes. Once the next public release is out (of the osu! client) I plan on finishing the work required to make this work.

I don’t want to make any promises, but I am still very interested in doing so.

Only current supporters, unless otherwise specified.

@ppy Not a question: I’ve translated the jizzforum. You can find it in the ppy account on osu repo as a issue (there isnt a fork button) –Miterosan

Nice job. Keep this aside until the source is made open. It should be pretty easy to integrate.

@ppy did you create the load the load the sprites into byte arrays by youself od did you use a libary? –Miterosan

The image files are parsed using .NET methods, where available.