Today marks the release of the first of many large bounties to come for osu!web. This is still new territory, and I don’t want to set the bounty too low or too high, so let me know if you think the current offering is unreasonable in either direction. Also help out if that’s something you are able to do! We are making great progress as a group since open-sourcing osu!web. Very good feedback on issues posted so far, and much more activity in general.

Fixed up qualified scores not actually being deleted when ranked today. Kind of an oversight – I thought I’d get around to implementing before the week past since I announced the change, but I’ve just been so busy that… oops ^^;

Got the new pippi design t-shirts on the store. They look amazing and I can’t wait to get my own. We went with a lighter fabric this time. According to my trusty osu!store helper, it feels much better than the last batch! The triangles t-shirt design is also back in stock now. 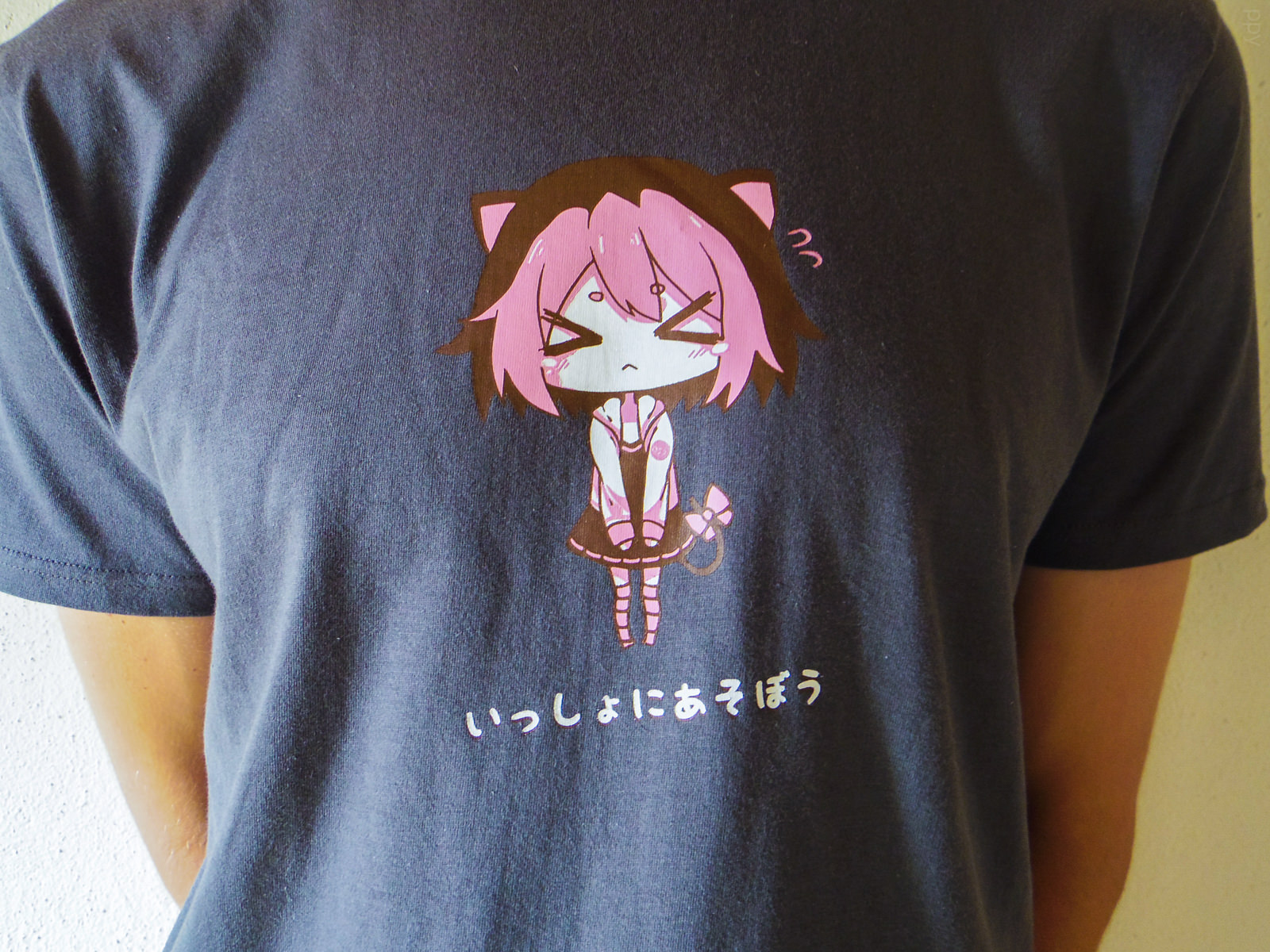 Got an update on osu!keyboard production process. We have had some delays while sourcing custom keycaps – something I wanted added for the next batch – but everything is good and I reckon the result looks pretty amazing.

The actual boards are currently in manufacturing (cherry switches are being welded to the logic board). ETA is still at least a month away, but getting closer. At least we’re ordering enough stock this time around that once they come in we shouldn’t run out anytime soon! 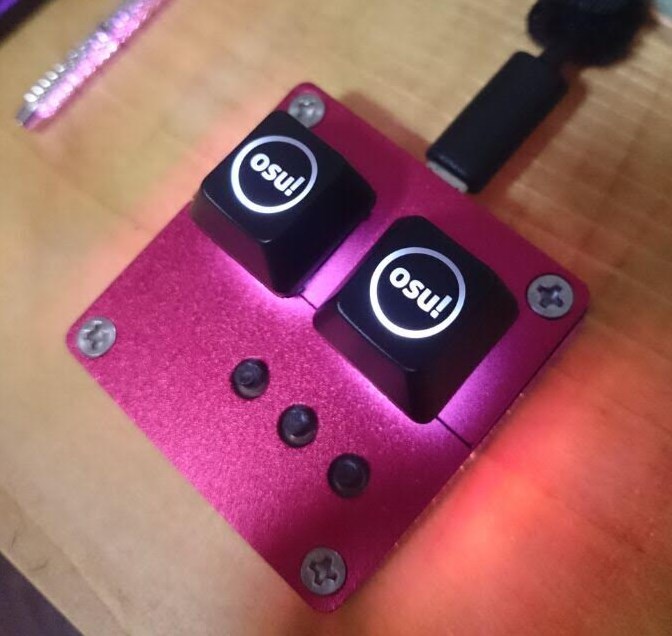 Time to change the way you think of performance in osu!. Introducing the new and improved “FPS display”. Which now hides FPS from you when it is doing more harm than good.

We have noticed a lot of users complaining (or praising) improvements in FPS when they are already getting 500fps or more. This is an attempt by me to get you, the users, to understand that FPS improvements offer diminishing returns, and using frame time is not only more correct, but more useful to you.

Now, osu! will hide the FPS from view when it is of no use, instead revealing exactly how much latency is being induced by frame rendering. On top of that, “stutter” or “dropped” frames will now be shown as coloured rectangles. You can finally tell the difference between an overall FPS drop and a single dropped frame. Should be super-helpful!

I did this on a whim today after reading one too many threads complaining about performance. I understand this may cause drama, but genuinely believe this is for the best, and will if anything spark conversation that leads to the general populus having a better understanding of how FPS actually affects gameplay (when above one’s monitor’s refresh rate). 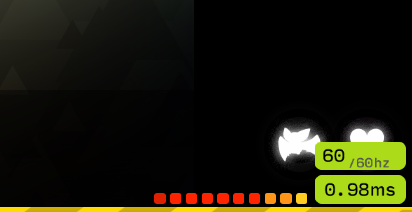 Live on cutting edge for your immediate testing. Feedback welcome.

Fixed a long-standing endless update loop today. Huge win and forward progress. Still haven’t figured out the http library from yesterday. Spent the rest of my day catching up on accounting and emails and working through some remaining cutting-edge regressions.

puush is something I’d love to focus more energy on, but I just don’t have the time to do so. It serves its original purpose (of being useful to me and my friends as it is) and helps others in the process. There are plenty of alternatives if you want more than we are offering.

@ppy Did you ever plan for osu to have its own soundtrack/songs, and also do you have to deal with a lot of copyright? –simonpls

Making our own soundtrack/themes is just a natural progression. We have more coming from this angle, so keep a look out!

Dealing with copyright - more specifically DMCA - is a given when running a service that allows user uploads.

@ppy how long does it normally take for an appeal to be unbanned take? –hewitt199

HP drain adds something to the game. That said, the customisation aspect of it is of marginal value. I’d probably have to ask mappers whether they value its presence; no personal preference.

@ppy Can we have colored background on the new website? –rey444xd3

No. Make a user style if you must butcher our design.

@ppy Maybe its a bit far off but since osu! is moving to OpenGL but what about Vulkan when its getting released? Should be still this year:) –josch1107

One step at a time. I see no reason to support it, though. We are about compatibility, not performance. osu! already performs crazy good.

Why you ask questions I’ve answered in so many places?

@ppy Any clue when the next batch of osu keyboards will be ready for purchase? things aren’t going well at home, need something mobile soon –dreamclipp

Next batch of osu!keyboards are in production and should be with us soon. They feature some nice changes, too! Keep a watch on my twitter; I promise I’ll announce as soon as I have more information.

@ppy could you change the tweet text of @osugame from “New Ranked Beatmap” to “New Qualified Beatmap”? it’s currently a bit confusing –mcpowr

@osugame tweets are now ranked maps, as opposed to qualified, so all should be well again!

@ppy What do you think about Rohulk Going up ranks so quickly? –TomButcher13

@ppy what will be next supporter feature? –Therieri

@ppy When did you receive the first copyright claim relating to beatmaps or something else in osu! ? –kunstkr1tik

I wouldn’t call it resolved, but the other party has gone quiet (which is for the best).

@ppy Any Plans to implement a SDVX kind of game mode? I’d love k-shoot but controllers are so expensive and it doesn’t have a ranking –KamisamaHatatan

So basically just adding analog things to 4k? Honestly, it just feels like 6k to me, due to the way swipes are actually processed in SDVX. Maybe someday we can have an option for them, but don’t count on it.

Today I spent almost the whole day debugging my new HTTP code to figure why the post body data is not sent when the request is over a certain size. I still have no idea why it isn’t working. Some days you just try everything but it’s not enough. If anyone feels like looking through my code, be my guest (find the problem before I do and I’ll be eternally grateful).

In strangely related news, I also began introducing bounties to the osu!web project. This means that if you are willing to help us out by completing feature requests (or fixing bugs, as it may be) I will compensate you for your time. If this sounds interesting to you, check out the bounty rewards list, and check the osu!web’s issues page for current available tasks. Look for the bounty keyword, specifically :).

Any questions? Ask here in the comments and I’ll do my best to clarify things.

Finally fixed osu!stream today. It should have been easier than it was, but as I was bypassing using the UIViewController hierarchy for maximum performance, a bit (well, a lot) of hackery was required. I’m not proud of the final code to get it to work, but it does work. Now begins the joys of the Apple approval process. Wish me luck!

Managed to destroy my osu! (PC) dev environment beyond repair. Going to have to clone a fresh copy tomorrow and start from scratch. Honestly not sure how I broke git so badly, but let’s just say submodules are an evil which I’d like to avoid going forward.

We also managed to release osu!web for public consumption today. Please note it is heavily a WIP, and though it may not be visible from the lack of any git history, it’s quite an active project. I will be discussing more about how you can contribute to the project – should you choose to – in future blog posts. Please DO submit issues on GitHub for bugs you find (pull requests work too!). Please DON’T submit issues for things you want to see implemented (we are likely already planning it).

I haven’t done a Q&A post in a while, so let’s make that happen. Tweet me your questions and I’ll answer them sometime this weekend. Oh, and have a good one!